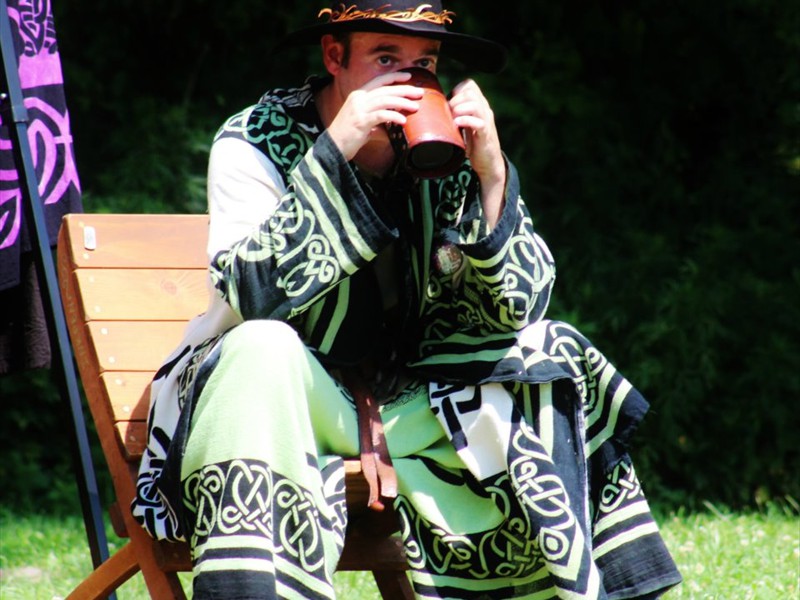 (aka the first that Latex has actually made something less safe)

In the fall of 2014 Arcane ran 2 prequel events to begin to get themselves and their prospective players accustomed to many of the changes they proposed to the “typical” New England LARP model that I have previously defined and referenced.

One of the items that was truly mold breaking was requiring all participants (PCs, NPCs and Staff alike) to use either commercially purchased Latex/Hybrid weapons or have DIY weapons approved at the event. One way or the other, meant the end of boffer weapons for this game experience! Gone were the duct tape staves, the nylon covered next gen weapons, and my personal hatred, the Dog Dick of Shame (aka the 24” red short claw). In their place were a gorgeous set of reps that looked, and to some extent felt like actual weapons.

I have never been a big proponent of latex weapons for several reasons, which I will discuss later in this post, and had up until Arcane, only used one of them – a beautiful plasti-dip custom weapon given to me at Mirror Mirror by the staff. I’d used it a few times as a Silver Sword rep but had never really banged it around over the course of a weekend. A little concerned about shredding it at my non-primary game I figured it was about time to buy myself (and Xephyr) some latex weapons!

Looking over the Medieval Collectibles website (the Arcane approved vendor) I promptly went downstairs and had several long, stiff drinks at my bar. Was I really going to spend hundreds of dollars on Latex weapons when it costs me less than $20 to make two boffer swords at home? Granted, in the past I had spent that and more on specific props and costuming. Heck, (sip) I think the final Ancient Enemy weekend at Madrigal (sip) must have cost me personally somewhere over $1,200 to rep. So really (sip) I was just being (sip) a little bit (sip) hypocritical.

Well-fortified with enough rum that made getting back upstairs tricky I was once again, prepared to purchase some Latex Weapons. Being a new game with a lot of unknowns and no announced mechanic for spells (i.e. packets) that allowed any starting fighting style, I felt that sword and board was a good choice (hint: it usually is). I already had tons of shields I could cover with Fabric or Leather to make them appear less cheesy – all I needed was the sword.

It quickly became evident that Latex Weapon Manufacturers liked “realism” a lot more than LARP mechanics or actual boffer (ugh) fighting experience. Most games feature a 44” to 46” one handed sword maximum. Most Latex Weapons come in at 40” and under. In fact, most are around 36”. Giving up between 6” and 12” of reach is madness, so I elected for the sword that pretty much everyone else buys because it is the longest one-handed rep they have. Seriously. Like everyone had this sword.

Cackling over my shoulder, Xephyr and her homunculus/iMac were busy surfing the same site when she too discovered a max length one handed weapon that no one should possibly ever buy one’s wife (hint a giant 48” long mace) and thusly immediately had to have it. This f^cking thing. Are you (sip) serious? Is that (sip) even responsible? You’re going to break some high school kid’s forearm (sip) with that, you know that, don’t you? Alright, (sip) fine. As long as you promise not to hit…anything (sip) with it. Dear gods, what have I done. (Also, I was supposed to buy Silicone Spray for some reason but forgot. Instead, I got some quilted under greaves which when they arrived I couldn’t even wear on my forearms…). 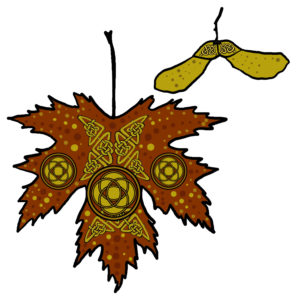 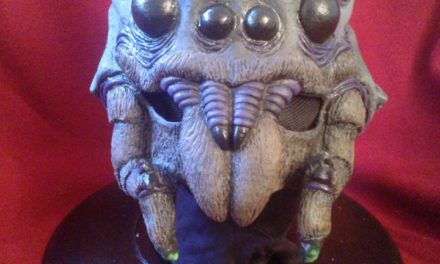