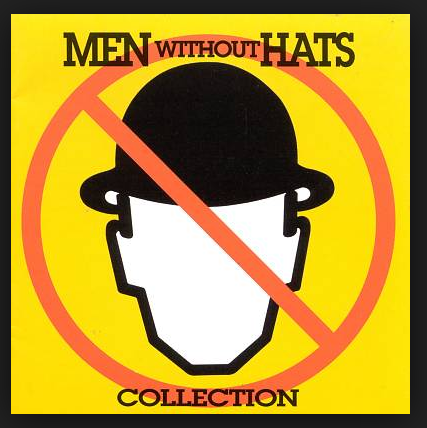 Any conversation about LARP inevitably leads to combat practices and devolves into diatribes about safety. All games declaim “safety first” and all games lie. Safety is more like 5th or 6th behind fun, immersion, community, “c’mon guys we have to freaking start the event!” and there’s a reason for that. LARPing simply isn’t that dangerous and the louder people bellow about safety, the less they seem to understand about any of the actual inherent supposed dangers of LARPing. In order to head off this internet death spiral of a conversation I will briefly review Safety and LARPing. As with much of this document, everything stated below is largely anecdotal.

How Safe is LARPing?

Extremely safe. We know this because all LARPs are required to carry insurance, and the insurance rates are very affordable. In fact, to my knowledge, there has never been an insurable claim made against the most common providers of LARP insurance in the Northeast. If one were ever made, and paid, to a significant degree the resulting rise in rates would do more damage to the hobby in general than any other single occurrence since Ford Ivey sold NERO.

But people do get injured?

People get injured trimming their lawns. Like any physical activity there are always pitfalls and situations of minor danger. However unlike other sports, the physical combat activity at LARPs benefits from have absolutely no physical contact and frequent periods of rest in between periods of focused activity. That said, yes, there is always the chance for minor injuries.

So how do people get injured LARPing?

There are a number of situations which can cause injury at a LARP game in the following, descending order:

1) Pre-existing Conditions: LARPers, especially as the crowd ages out, tend to come to events with pre-existing conditions. Hyped up on adrenaline, excitement, and caffeine, people with pre-existing conditions such as asthma, allergies, or previous injuries tend to ignore their limits or the taking of usual precautions far more than they would if engaged in other activities, especially as most of those activities tend to either occur in the daylight or in familiar surroundings.

2) Second to this is the forgetting of medications. Since LARPing can take place more than a mile away (at times) from one’s Out of Game possessions, leaving behind an inhaler or an epi-pen can have serious consequences. Thankfully, people who need these medications have always been conscious to carry them, or someone else has had a replacement at hand.

3) The number one most dangerous time at any event is Friday Night, just before the event starts and after the sun has gone down. More people have tripped and fallen resulting in serious ankle and knee injuries during this time than at any other point. The best way to protect yourself from this is to wear a headlamp. Yes, you’ll look a bit dorky. But I have been saved numerous times from falling over short walls, down embankments, off of small bridges and over curbs simply because I could see what I was doing at night, right before game on.

4) Prone: The most dangerous position in LARPing is being “down” in combat. At no other point are you generally defenseless and unaware of your surroundings as when you are laying on the field or floor during an ongoing battle. More people have been tripped over, fallen on, kicked in the head and generally tousled than they have been when they are down. If you find yourself down in the middle of an ongoing combat I would encourage you to forget the dramatic death pose and curl up into the tightest ball possible. Make sure your elbows are tight around your face and that your fingers are balled.

–If you have a shield, get it up over your head and torso.

–If you have a swords, make sure the hilts are tucked up around your head with the blades lying parallel down your torso.

–If you’re fighting with a weapon that has a padded head (such as an axe, mace or polearm) place it over your face and head.

–Staff fighters should align one end of the weapon across the face with the tip just sticking out over the top of the head.

Realize that the next thing that might happen is a 200 pound participant accidentally kicking you in the head or tripping over your body and put yourself in a position to protect yourself from that occurrence.

5) The Eyes: The worst place to be struck while LARPing is in the eye. Surprisingly, participants are generally very good about not getting hit directly in the face with weapons. All of the angles of attack and the general consensus not to strike the head mean that weapon strikes that go awry generally hit the side or top of the head. Even mis-judged thrusts generally skip lower, not higher. No, the most dangerous attack to the eye is the thrown packet. About 6 times an event packets just find their ways into eyes. This is why Accelerant has adopted a slightly “squishier” packet construction guideline. Packets that find faces generally echo-locate their way there during night time encounters and usually at close range. To protect yourself:

–Wear headgear. A hat (or helmet) of some design is a great topper to any costume. Something with a brim will reduce packets looping in to your face from above.

–Wear a mask! Especially when NPCing, masks are great deterrents to eye shots. In addition, masks give a significant advantage when running through the woods at night, keeping braches and the like at bay.

–Kill the caster! Not letting casters (or archers in packet-arrow games) roll up on your is always a good idea.

6) Everything else: The top three are really about it when it comes to safety. Occasionally, someone who is running bowls someone else over, or smashes into a tree, but those collisions look far worse than they actually are. LARP weapon strikes have never injured anyone; a few bruises perhaps, but nothing more serious. Despite what some people say, running at night, even in the woods, isn’t the slightest bit dangerous; we did it all the time as kids.