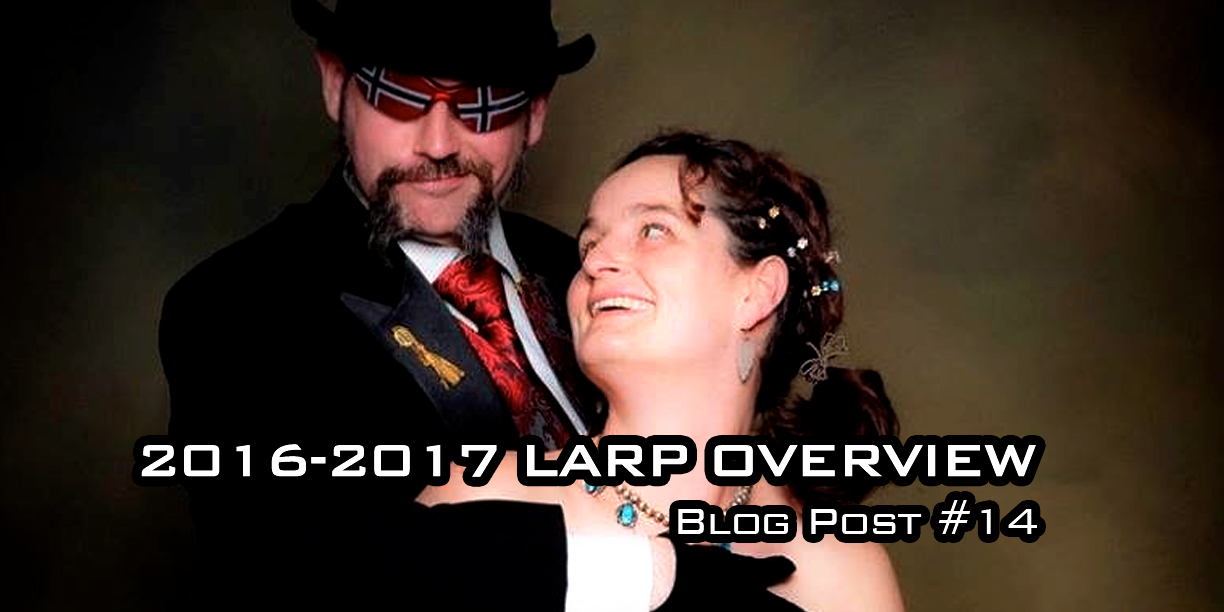 2016 was an interesting year in LARP. A number of games wrapped up and a few got off the ground…

2016 was an interesting year for our LARP community – a number of games wrapped up as planned or, in some cases, as un-planned, and a few got off the ground. However, it had nothing on the sheer amount of endeavors that are underway for the 2017 season (60 and counting, as these things go by) – some happening so quickly they will already be over by the time I finish posting this (I’ve already missed INK, Melting Point, a MASI Revel…).

On the Be-Epic side of things, we said goodbye to 2nd Dawn and, unexpectedly, Steam and Cinders 2, which had moved to the storied East Boston Camps in Westford, Ma. from their far-flung home at Camp Farley. However, as you’ll see below, the Boston-based collective has a number of new endeavors underway.

In Accelerant, Cottington Woods began to close the book on their fairy tale world only to immediately re-open it with an off-shoot. Zombies – Aftershock supposedly ran their last, prop intensive, yearly event (we suspect their staff has something else up their tattered sleeve) and Shadows of Amun finished up their time-traveling narrative.

Independently, Kyranthia closed down, freeing up more weekends for aficionados of Camp Howe out in Western Mass. And Arcane. Well, we’re really unsure exactly what Arcane did – after the underground release of the ‘Arcane Chat Logs’ we currently expect them to go ‘invite only’ in 2017 and beyond.

2017 is shaping up to be a banner year in New England Sport LARPing with a large number of new games opening their doors. This seems to be the time to get in on the ground floor of our great hobby.

We’ll begin as noted above, with Be-Epic. Two new games, Divine Intervention and Ballad, are coming online – one offering a Medieval Mage-punk setting and the other, a fascinating 5 event Time-Traveling romp.

Accelerant adds to their growing list of core games with a number of new arrivals. Aralis 3 (our first ‘invite only’ game) launches at the afore-mentioned Camp Eagle Pass. From longtime Aralis and NERO players Eric von Reigers and Sue Brassard comes Shadowvale, an Epic High Fantasy game. Clockwork Skies, which will wrap up later this year, launches After Dark, a modern horror game set in New England, and, eventually Clockwork Saga, the runner up to ‘Skies’ and the Calling. Finally, as hinted at above, Tales from the Cotting House bridges off of their ‘Cottington Woods’ campaign…me thinks John and Michelle just decided it was easier to 1-up their game than it was to somehow dispose of their 40” Foot Ryder Truck full props and costuming.

Winged Throne, who welcomed Future Imperfect into their fold a number of years back, expands their gaming base with Evensong (which play-tested last year and is run by the highly regarded John Behnken and Deva Fagan alliance) and, in the autumn, Angel Fall, while continuing on with everyone’s favorite weird-west genre-busting game Keystone.

Speaking of MJ, we are all looking forward to their second fantasy game, Myth, which already has quite an active Facebook presence and a gorgeously photographed background and costuming guide.

On the independent side, both Empire in Flames and Chronicles are out of the playtest phase and holding their first full events. From the ‘Be-Epic’ related crowd comes Ashwick Plantation – a survival horror-type game set in early rural New England and hosted at Salem Pioneer Village in Salem, MA! Up at Burgundar, Parallax is the latest offering from the ‘roughing it’ crew in Southern Maine.

And, finally, we would be re-miss if we didn’t briefly touch on what we’re calling the ‘3rd NERO schism.’ A bit of history: the first NERO Schism can be traced back to the earliest days, when games such as SOLAR and LAIRE broke away from the main NERO World of Tyrra but retained a set of laughably-never-updated rules (3rd edition, in some cases). While this break cost NERO some chapters, the flourishing of other NERO games, such as PRO in Pittsburg and Tyrangel in Atlanta, kept the sting to a minimum.

Later on, in the late 90’s/early 2000’s, NERO schism’d again, with Mike Ventella’s NERO Alliance keeping the rules set coincidentally used by Joe Valenti’s NERO International (and, oddly enough, the oft-fought over ‘Ashbury’ campaign), with the resultant lawsuits and public shaming for all involved. Eventually, NERO Alliance just became ‘Alliance LARP’ and, once again, there was simply NERO International.

This leads us to 2016/17, when a lapsed Copyright (whoopsie!) allowed an eagle-eyed entrepreneur to swoop in and lay claim to…well…NERO, apparently. Calling themselves NERO.World (as opposed to NERO International) the Ravenholt Campaign itself (the longest continually running game setting in the USA, we think) has split in ‘twain, with the previous owner of NERO Mass, Annie Tyler, leading the NERO.World setting while a new Owners group lead by Alphonse Wright attempts to move the Nero International version forward. So, technically, we have two new/old NERO games starting in 2017 – both of them Ravenholt. Maybe. Unless a lawsuit gets resolved by then. Because of course.

As noted at the preface to this update, we’ll have 60 games operationg in New England in 2017 and it has become a dishonest chore to attempt to say something about all of them – for instance, I’ve never been to Heroic Realms, but they’ve been running strong for like 10 years. And suddenly Nexus Elements is back! Who knows what midnight sorcery is being practiced there? MJ keeps on trucking along, Tales of Valor is on like year 15 or so, Legends: Legacy just sponsored a gaming convention in Rhode Island, and Outpost has sold out something like 8 events running. Add in the multiple campaigns of the Multiverse, the All-Thing happy Bureaucracy that is AMTGuard, the Weird West of Keystone, the modern campaign of LIONE, the return of Lovecraft’s Legacy, the ongoing quest of Fantasy Quest…and I haven’t even begun to scratch the surface. Legendary Library continues to run games in actual libraries, Mistgate (courtesy of Mike OJ) is drawing in new blood from Southern New Hampshire State University, and I haven’t even mentioned Terres Rising…a game I actually play! Heck, add in what Incantrix (care of Caroline…Murphy?) is doing with their speak-easy events and the Road Trip that Michael Pucci just unveiled and you can see this is a glorious time to be a LARPer.

I will note that, in year 18, Madrigal 3 is currently the largest game in New England, with ~180 PCs (with additional Plot Staff and NPCs) while, collectively, Dystopia Rising (yet another game I haven’t made it to) seems to boast the largest National Games with NERO International having the lead in overall chapters.

I could go on in this vein, but I will conclude with my usual admonition; Attend games. Patronize the Connecticut Ren Faire. Learn Crafts. Realize our community is all-inclusive. Use the correct pro-nouns. Rock On. This is a great time to be a LARPer. 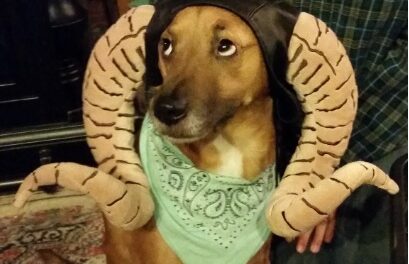