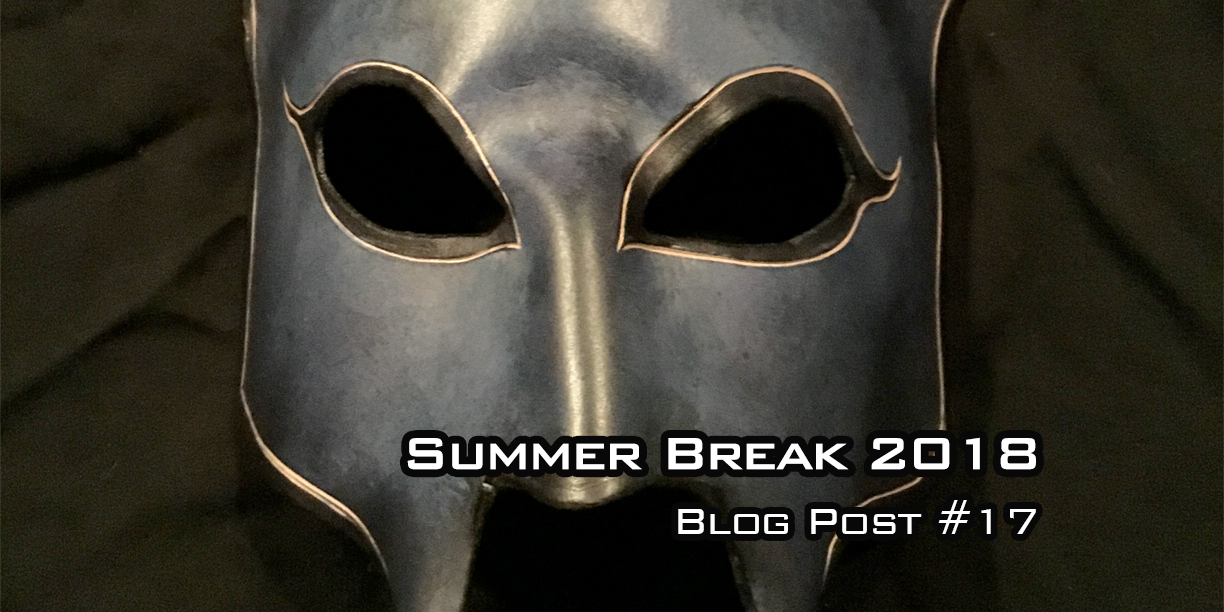 With the increasing number of camps, we’re now looking at an almost year-round LARP event cycle… 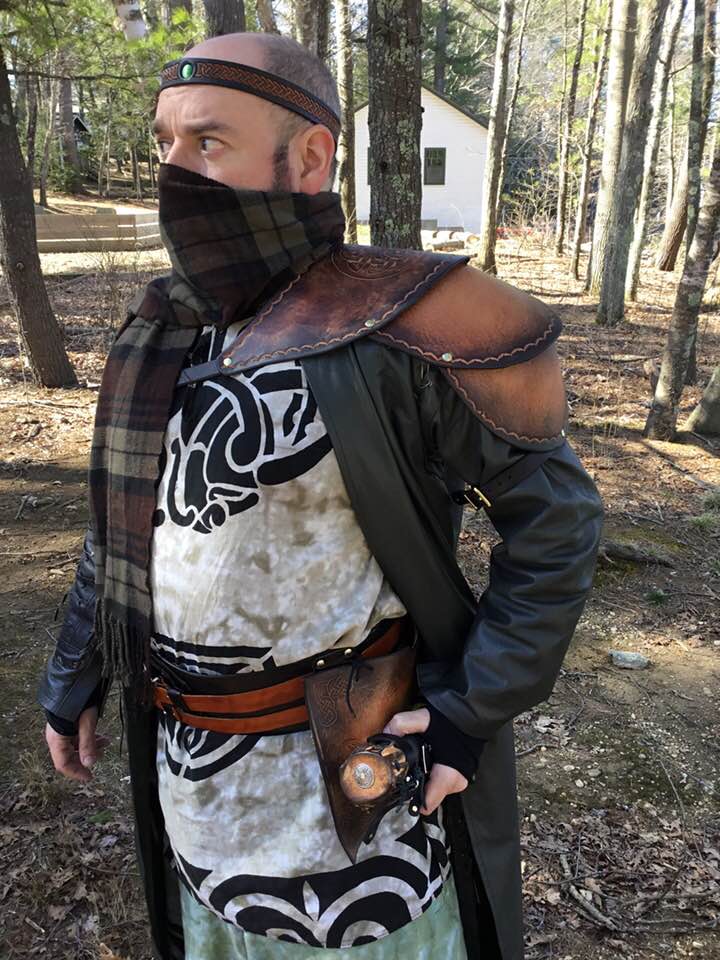 Normally, this would be the time of the year that Sport LARPing in New England goes on a 2 month hiatus as the majority of campsites fill up with campers; I mean, presumably that’s a thing that still happens, right? Kids still…go to camp? However, with the ever-increasing number of camps focused on our hobby (and boy, do we need them) we’re now looking at an almost year ‘round event cycle. In an effort to break up the TLDR version of this I usually post at the start of each year, let’s take a quick look around the scene.

As I desperately try to review all the available campsites (and fall further and further behind) a number of really neat things have been occurring this year, as follows:

—Ye Old Commons continues (Hey Puck!) to run an (almost!) sold out schedule, especially when you add in a plethora of weddings. The first real generation that ‘came of age’ at games run at The Commons have made it into their mid 20’s by now and are starting games of their own, leaving me wondering what the next generation to leave their mark here will bring to the table.

—Eagle Pass, fully up and running and almost sold out for the entire year, offers both heated *and* air conditioned cabins, meaning we’ll be seeing their ‘off season’ schedule fill up just as quick as their on- season one.

–The owners of Magestry and the Massachusetts Ren Faire (happening…last weekend – these things take forever to get to) publicly posted and confirmed a long standing rumor that they have purchased the former Chesterfield Scout Reservation; renaming it ‘Tology Wood: Chesterfield Camp.’ This brings a 3rd solid player into the field of LARPer-owned sites. Situated in Western Mass, we are looking forward to the games that choose to make this site their permanent home (Magestry, Sins of a Nation…) and the potential to draw players from the Upstate New York region.

–The Burgundar Site, running more games than you would think possible, is up for sale. While rustic in nature, multiple buildings have been raised over the last several years and a good half dozen games which I have never been to (it’s…a bit of a drive) call this home base (see also Parallax).

—The Keep, in Jefferson, Maine, went through a refurbishment this year. The venerable gatehouse, which people have battled over, under and on for 20 years (even surviving Trebuchet fire AND a battering ram…no, really) was entirely replaced. Combined with their numerous trails and rather decent amenities for the most In Game you will ever be at a site, ever, this remains a destination every LARPer should visit at least once.

–Joseph Blackwood continues to literally carve his Chronicles LARP site out of the woods around family’s land. Although not up to hosting other games quite yet, his continuous work and dedication to this site will begin to pay dividends very shortly; look for this to become an attractive Specialty Game or One Day Site sooner than later.

—Camp Sidereus, in Western Mass, seems to have had little progress since the initial land purchase, as the ownership concentrates on the Nexus – their gaming store and social club space in Providence, Rhode Island.

–Ben Beleford (and family), the owner of Empire in Flames and a fine crafter of unique LARP weapons and props has purchased land in New Hampshire for the purposes to building their own LARP site. Once completed (see notes in Funding Section, below) this site will open up a host of opportunities for game runners in and around the New Hampshire/Northern Mass area. 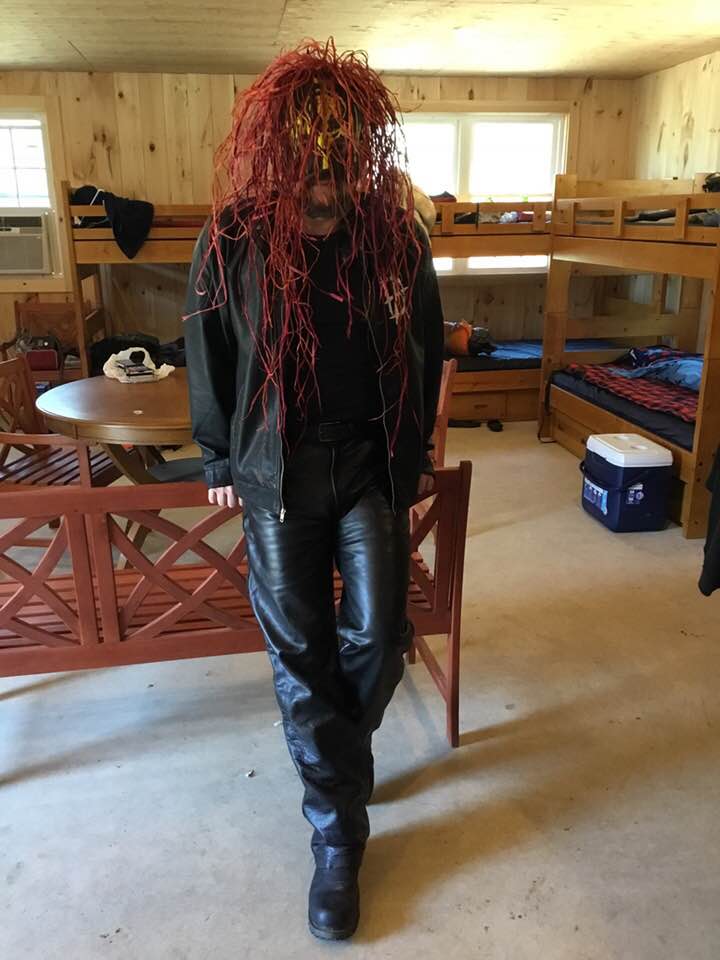 New England Sport LARPing tends to build strong communities, small and large. With the advent of campaign sites like GoFundMe and Kickstarter we have a number of opportunities for people with disposable income to dispose of their income however they see fit; as follows:

–B3 Imagination Studios, in connection with LARP Box, has unveiled a Kickstarter for their Spring Loaded Rifle. Ben originally made these years ago, for Roanoke (up at the MASI site), Atlas Adventures, and then Pirates. The new model is updated to fire NERF-style darts and looks fantastic. The Kickstarter has already hit $30,000+, (and may have ended because these things take way too long to post) making it THE most successful funding campaign in our community*!

–As noted above, Ben Beleford has purchased some gorgeous land in New Hampshire, put in $100,000, and is looking to solicit $100,000 more to get his camp off the ground.

*Sidereus raised $50,000+ for their camp before their funding campaign was viciously whip-sawed.

At the half way point in year we typically don’t do a full, two-pithy-sentence review of all the offerings around the area but, instead, point out what was and what will be!

–After one event, Angel Fall, under the Winged Throne banner, has gone on Hiatus.

–Both Alliance Calderia (CT) and Alliance Deadlands (NH) seem to have closed up shop – but fear not, New England Alliance aficionados, a new game,, is on the horizon!

–Heroic Realms, which ran for years way out in the Litchfield Hills of Connecticut, seems to have just…vanished? Any former PCs will soon have their very own LARP-dedicated site at Tology Woods less than an hour away.

–Both NERO Ravenholt (not to be confused with NERO.World Ravenholt) and NERO Ashlynn (Southern New England) have closed up shop, the result of the 3rd (4th?) NERO schism and some hilariously terrible policy implementations by the management of NERO National. For the first time in…25+ years, the company about-to-be-formerly-known as NERO International is not running a Tyrran Campaign in New England. However, late breaking news indicates a ‘dream team’ of former New England Sport LARPers may be coalescing to run the first *3* Chapter NERO game ever.

With the Fall of 2018 we welcome the following events:

–Nexus Elements either concluded or began a game or games this year. We’ve never made one of their prolific events, but seeing as they run at the centrally located LARP incubator site (Camp Denison) we encourage anyone with a free weekend to attend.

—Otherworld, the oddest of our continually recurring games, has one-upped it again this year. Essentially, this group runs the same exact event, once a year, every year, for parties of up to 6 of the more casual type of adventurers to participate in, and only once ever, at that. It’s a fun little corporate retreat meets LARP for you and up to 6 of your friends and, even if you’re a super jaded done-it-all-gamer, I would suggest you gather up a few friends and give this one a go – you won’t be disappointed.

–Burgundar; what the heck to say about all the gorram games at Burgundar. There are…just a lot. One Shots, Two Shots. Recurring events. Mystwood. Parallax. Just…so, so many. Another ‘full immersion’ site (like The Keep up in Jefferson, Maine) if you want to live-it-for-real, all of the offerings are Burgundar are for you.

—Isles is back! The best answer to a LARP trivia question ever (in the form of a question; this is the 2nd game NERO Founder Ford Ivey started) has announced a 3rd part to their previous sequels (Isles and Purgatory Station). This is welcome news, as Isles had previously been recognized as THE most accessible game in New England, offering tiers of participation no matter the physical ability of the player. Running at Ye Olde Commons, we are all looking forward to the return of the game that welcomes all participants and features a fine bardic tradition (hey there, O’Rourke).

—HellCat Jive, a unique Diesel Punk game, drops this fall. While up in the wilds of New Hampshire (rumor has it Camp Wa-Klo might be THE best LARP site run at in some time) the combination of OOG craft-ables (their power armor templates are available for all) and IG resources along with $16,000+ worth of a successful funding campaign make this one of the hotter experiences to come.

—Ebonrock, championed by rising Magician (like, he’s literally a card sharp) Mike OJ, Dawn Sen Daigneault, and Kurt Young comes to Eagle Pass for their opening events. Their comprehensive rule book will seem familiar to anyone who has played any system in New England over the past several years. This is the Next Generation.

–Literally just in, Verdywn, has announced their opening. Described as a ‘Teslapunk’ setting we can’t wait to see what Mary Hurley and company bring to the table.

As this is the year of funding, which we will explore more of later, we encourage everyone to engage via their favorite funding site and toss some scratch the way of your fellow creators; LARPCast, LARPGirl, and, our current favorite artist/baker who delivers pastries to your game, if that game happens to be Madrigal (best High Fantasy LARP in New England but, you know, I get a small amount of bias here). There is a lot going on in our community, from Masquerade Balls to Wizard Schools to Pokemon. Use the proper pronouns, visit the CT Ren Faire, book a weekend at Tology Woods, and be excellent to each other.